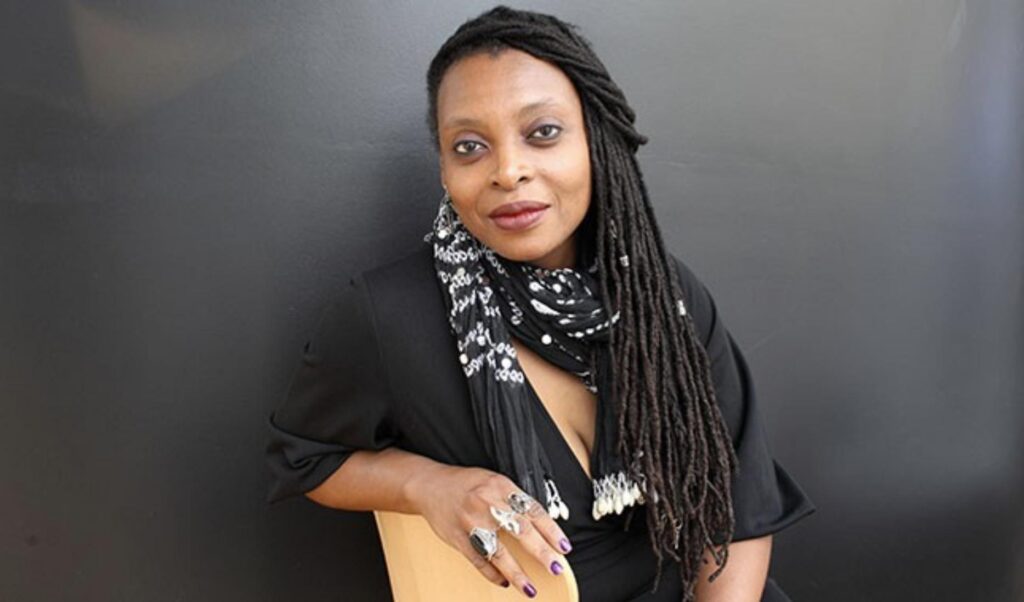 Born on March 12, 1973 in Douala, Léonora Miano left her native Cameroon in 1991 for France, to study American literature. After years of studious and passionate studies, the young woman published her first novel“L’intérieur de la nuit”(2005), which was inspired in part by her personal career, mixing biographical elements and fiction. The work follows, in fact, the wanderings of Ayané, daughter of an imaginary country of black Africa, back in a native village at the bedside of her mother. A strong and challenging story, telling the story of African culture, which will mark many readers in Africa as in France.

As proof,“L’intérieur de la nuit”will receive six prestigious awards and will be crowned best first French novel the year of its publication. More than a success: a plebiscite. The author’s second novel, “Contours of the Day That Comes” has the same reception. In 2006, he received the Goncourt des lycéens in November 2006. This is to say the talent of Léonora Miano.

The singularity of this writer who proudly wears her drealocks? Unquestionably its identity! She is indeed one of those authors rich in an African and European culture that is clearly reflected in her writings. The time being for globalization, Léonora Miano prides herself on a mixed, biracial, and multicultural pen, where colonization and its evils are often treated. To realize this, just read the rest of his bibliography. “TheSeason of the Shadow”,published in 2013, Miano addresses the slave trade, through the eyes of three mothers whose elders have been sold as slaves to foreigners.

In 2020, the Franco-Cameroonian writer surprises more with“Afropea: Post-Western and Post-Racist Utopia”a political essay, where she invents a territory freed from the Western gaze, clearly addressed to people of sub-Saharan descent, born or raised in Europe, and who, unlike their elders, “know only life in a minority situation, existence in a reluctant space to recognize themselves in them”. There is no doubt that in the years to come, this essay will become the manifesto of all Afropeans!