Ousmane Sembène, the novelist and filmmaker 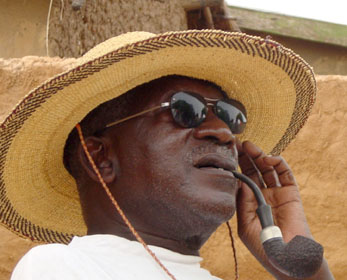 Ousmane Sembène’s educational career has not been the most exemplary. An undisciplined student with a strong character, the future writer born on January 1, 1923 in Ziguinchor, Casamance (Senegal) has repeatedly been excluded from his training institutions. When he was only 13 years old, for example, he was expelled from his school for raising his hand on his teacher, the latter wanting to teach him… the Corsican language. This will not prevent him from becoming one of the greatest writers and filmmakers that the black continent has ever known. 1940s. As the Second World War decimated Europe, the young Ousmane Sembène was forced to join the senegalese riflemen. The experience proved traumatic and trying for the Ziguinchorois, but reinforced his anti-colonialist convictions and militancy. The war over, Sembène joined France clandestinely where he multiplied the odd jobs including that of docker. Marked by the social injustices to which he was subjected, he was quickly seduced by the communist movement and its Marxist-Leninist theories. But at the same time, he developed a strong passion for writing and literature. 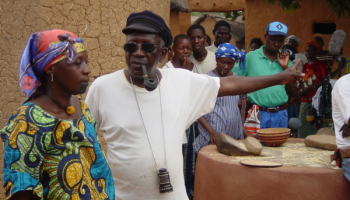 The precursor of Senegalese and African cinema

Ousmane Sembène’s first novel was published in 1956. Entitled“The Black Docker”,the book discusses his arrival on French territory and his journey as a docker at the port of Marseille. It was soon followed by“Ô pays mon beau peuple”,released in bookstores the following year. In 1960, the year in which many African countries gained independence, the author offered his readers“Les bouts de bois de Dieu”,an ambitious and strongly anti-colonialist account dealing with the strike of African railway workers on the Dakar-Niger line to obtain the same rights as French railway workers in 1947-1948. Then came classics such as “L’Harmattan” (1964) or “Voltaïque” (1962), then the social satires “Le Mandat” (1965) and “Xala” (1973), which he also adapted to the cinema. Indeed, anxious to tell the story of Africa through the image and reach a wide audience, the committed writer will become a prolific and brilliant filmmaker, recognized internationally. Witness“Camp de Thiaroye”,its poignant drama about the historic massacre of Senegalese riflemen by French colonial troops, which won the special jury prize at the Venice Film Festival in 1988. But also his last film,“Moolaadé”released in 2004, on the barbarity of female genital mutilation, which will receive the Un Certain Regard Prize and the special mention of the jury at the 2004 Cannes Film Festival.Ousmane Sembène died on June 9, 2007, in his home in Yoff, at the age of 87.

Ousmane Sembène, the novelist and filmmaker